The Holden Police Department serves the town of Holden in Central Massachusetts. Holden has a population of approximately 19,000 residents and 125 miles of public roadway within its 36 square mile area. Serving students from 5 communities, Wachusett Regional High School is based in Holden, as is much of the retail and service industry for the area. The closest large city is Worcester, which lies to the south and east of the town.

STAFFING & RESPONSIBILITIES
>> Click here to link to our Divisions page

Although officially founded in 1741, it wasn't until the early 1890s that the Town of Holden began to take recognizable measures towards crime prevention and the apprehension of law breakers. According to town records, it was at the 1892 Annual Town Meeting that Article #19 was proposed, authorizing the building of a town lock-up. $500 was appropriated, and the lock-up was constructed on the site of the current Jefferson Service Station.  Since there wasn't any expedient means of transportation to Worcester, the building was primarily used to detain the occasional intoxicated citizen or public disturbant.  The stone structure was razed in 1948. 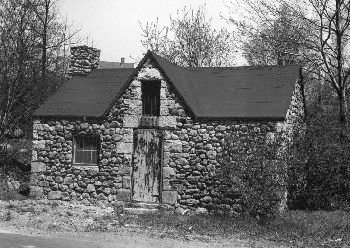 A quiet farming community, Holden had little need for an official police force for many years. The first Chief of Police listed in town records is Loring W. Hubbard, who was appointed along with eight Special Police in 1918. 1921 saw Aaron L. Potter as Chief, and in 1922 Frank L. Niles was appointed, serving the town until Ernest E. Bennett took over from 1923-1924. Frank K. Packard was appointed Chief annually from 1925 through 1943. Under each of these Chiefs, Special Police acted as an on-call or reserve force. Otherwise, the Chief handled nearly everything on his own. The first regularly scheduled patrol duties began in 1943. Patrols were consistently in place on Friday, Saturday, and Sunday nights only, from dusk until 1:00 AM.

In 1944, Wallace B. McInnis was appointed Chief of Police. A former State Trooper, McInnis recognized that in order to support Holden's growth, operational changes within the Police Department must be made. He began keeping daily logs of all police activity, tracking the number and types of calls and arrests. State Troopers, FBI agents, area Chiefs of Police, and other experienced professionals were brought in to provide training to Holden officers. 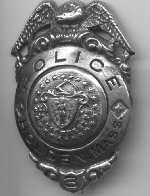 On June 11, 1949, a special town meeting was held, at which residents voted to purchase the Damon House property at the corner of Highland and Main Streets for $22,000. Shortly thereafter, the building was put to use as Holden's first police station. Despite the acquisition of a real headquarters, communications continued to suffer until 1960, when the town applied for a radio license and acquired a 2-way radio system for the use of patrolmen. 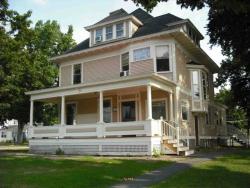 Except for the Chief, Holden's police force was completely part-time until 1964. In 1965, the first full-time officers were assigned to duty. At the end of 1965, Chief McInnis retired and Town Manager Edward G. McGann appointed James Oliver Provisional Police Chief. Within a short time, Oliver became permanent Chief under Civil Service.

In  1975, the Holden Police Department was still located at the Damon House. This facility offered no room for private interrogation, nor was there a lock-up facility (there or anywhere else in town). At that time, the full-time force consisted of the Chief, two sergeants, seven patrolmen, a secretary, and two dispatchers. The part-time force included twelve patrolmen (four of whom also served as dispatchers), seven part-time dispatchers, and two matrons. There were three marked cruisers in use, as well as a Chief's vehicle.

In 1975, the Holden Police Department moved from the Damon House to the station at 1420 Main Street. James Oliver continued his tenure as Chief at the new station until he retired in 1979, to be succeeded by Acting Chief Roger G. Lindfors. Chief Charles R. Hicks then served from 1980 through 1997, when George Sherrill took the helm as Chief.

In 2008, the Town voted to approve the construction of a new, state-of-the-art Public Safety Building to house the Holden Fire, EMS, and Police Departments. Construction was underway by June, 2009 with an anticipated move-in date of October, 2010. Under budget by approximately $2 million and essentially on schedule, the move took place at the end of November, 2010. 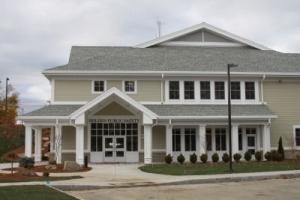 2014 began as a year of change for the Holden Police Department. After serving for nearly 40 years, 15 of those years as Chief, George R. Sherrill retired from the department in February. In March, Lieutenant David A. Armstrong was promoted to succeed him as the 10th Chief of HPD.  Following Armstrong's tenure, Lieutenant Timothy J. Sherblom launched a new decade for the Department, being sworn in as Chief of Police in January of 2020.